Kyle has been involved in the acting world his whole life. He had an early beginning acting in films such as Shanghai Noon and Brokeback Mountain. His first experience in directing was at the University of Lethbridge with Butler’s Marsh, and was received very well from peers and academics alike. His next piece, Cursed, was written and directed by Collins, and is, to this date, the most monetarily successful and positively reviewed student piece in U of L history. His final piece at the U of L was a submission to the Directing Master’s class One-Act festival. His piece, Boiling People in my Coffee, was widely received as one of the highlights of the event. He is thrilled to be working with such talented and dedicated people at the Follies this year. He would like to send a big thank you to his family for their support, Leeanne McLim for the opportunity, and all the other wonderful people in his life for existing. 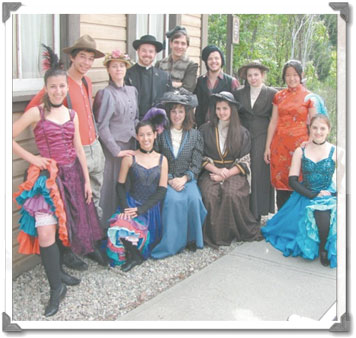