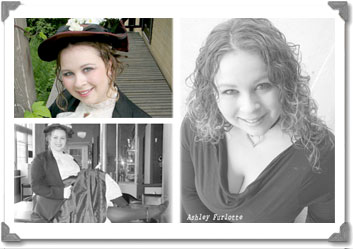 This is Ashley’s fourth year in the Follies.  She has been involved in local theater groups for many years, doing production with the Phoenix Players (you may remember her as Snow White) and the Rossland Light Opera Players.  She has also been with Steps Dance Center for about 13 years.  While in London, England last fall, she took in a few workshops at the National Theater Museum in between seeing shows.  In September, Ashley is very excited to be attending the University of Lethbridge as a performance major.  Ashley would like to thank her family for all the support and encouragement they have given her throughout the years and would like to dedicate this show to her dad.

2007 Production
and Crew
Written by