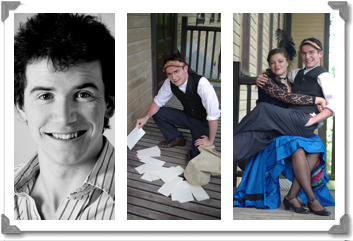 Stewart is originally from Spruce Grove, Alberta and currently lives in Edmonton. He is presently completing the Motion Picture Arts program at Red Deer College, having recently finished his Theatre Arts Diploma at MacEwan University. Both a stage and screen actor, he has appeared in productions with companies such as Three Form Theatre, St. Albert Children’s Theatre, and The Missoula Children’s Theatre. Selected credits include Austin in I Love You Because (2012), Vernon Little in Vernon God Little (2011), and Archie in 13 the Musical (2010), in which he won a Cappie for “Outstanding Supporting Performance By An Actor In A Musical.”