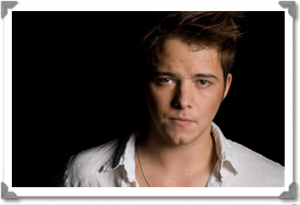 Boris Vdovine was born in Saint-Petersburg, Russia. After graduating from Grant MacEwan University in Edmonton with a diploma in Theatre Arts, he moved to Toronto where he enrolled into the Professional Dance Program at the School of Toronto Dance Theatre. He has worked with such choreographers as Sharon Moore, Darryl Tracy, Julia Sasso and Cindy Kerr. His theatre works include Three Sisters, Where’s Charley, Thoroughly Modern Millie, Titanic, The Good News, and was a part of the original cast of The Addlepated Nixie by Stewart Lemoine. This is Boris’ fourth time collaborating with Drew Chale in writing the music and lyrics for the Gold Fever Follies; their first year was for the 2010 season in which Boris and Drew also performed as actors.