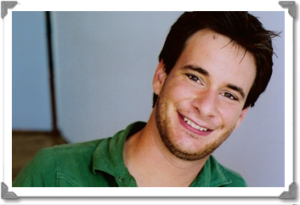 R.J. is a graduate of both The Canadian College Of Performing Arts and Red Deer College performing arts programs, and is thrilled to be back onto the bear infested streets of Rossland for his fourth season with the GFF. R.J. has worked as an actor, designer and director for the last ten years. You may have last seen him in Iron Mountain Theatre’s production of Ski Bum: The Musical or Mennonite Mafia which he directed and co-wrote. Favourite directing credits include: White Star Lady (Iron Mountain Theatre), Little Shop Of Horrors (Gotta Getta Gimmick Pro), A Wiz Thru Oz, Mary Poppins (Buchart Gardens), A Pirate’s Vow (Mary Winspear Centre). Favourite performance credits include: Emily (The Gateway), The Inspector General, Bye Bye Birdie (Talk is Free Theatre), Anne of Green Gables (Kaleidoscope Theatre), Songs for a New World (Critic’s Choice Award Best Musical), Garage Sale (The Belfry), My Fair Lady, Ah, Wilderness (Chemainus Theatre Festival), Little Shop of Horrors (Gotta Getta Gimmick Productions). Favorite set design credits include: The Shape Of Things (Volition), A Mid-Summer Nights Dream and Into The Woods  (Company C), Goodnight Desdemona, Good Morning Juliet,  (Canadian College of Performing Arts). R.J is also a co-founder of Gotta Getta Gimmick Productions and was the Artistic Director and writer in residence for five seasons, and is a current executive director of Iron Mountain Theatre. R.J. would like to thank the cast, crew and board of the Gold Fever Follies for keeping live theatre alive in the Kootenays. Enjoy the show!