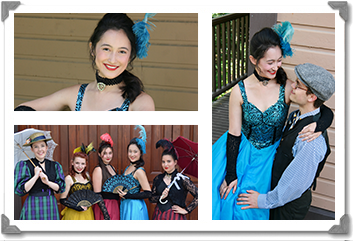 Alisa is a student in the Acting for Stage and Screen program at Capilano University. She has been performing since the age of four. Her first experiences onstage were through dance, starting off with highland dance and later moving on to more mainstream styles such as ballet, hip hop, and modern. She has competed in several festivals including Synergy, Danceworks, and the Victoria Highland Games. She eventually moved toward acting and featured in a range of plays and musicals, including A Midsummer Night’s Dream, The Wizard of Oz, Macbeth, and Fiddler on the Roof. She is thrilled to be a Gold Fever Follies cast member this season.