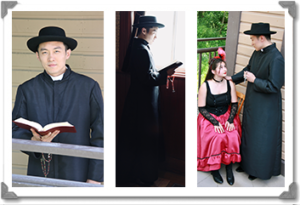 Zhuonan graduated from the University of Washington with a BS in Computer Science in 2015. After graduation, he took a number of acting classes at Freehold Theatre in Seattle while working as an engineer at a consulting firm. In 2018, Zhuonan decided to pursue his passion for acting and enrolled at the Canadian College of Performing Arts. Zhuonan was cast as Snowboy in CCPA’s West Side Story. He is very excited to be part of the Gold Fever Follies!