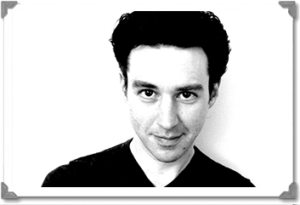 Since graduating from the National Theatre School in 1998, Lucas has performed in many of the major theatres across Canada and toured internationally to Europe, Central America and Asia. In 2007, he returned to Nelson, BC to raise a family and form PilotcoPilot Theatre with a mandate to create work which is accessible, thought-provoking, and highly theatrical in an effort to attract a new generation of theatregoers. In 2013 he was appointed as Nelson’s Cultural Ambassador in recognition of his achievements in Theatre Arts.  Lucas has this to say about the postponed season this summer “As much as the Gold Fever Follies is about providing excellent entertainment for Rossland locals and visitors, for me one of the the most important aspect of the Rossland Follies is to give the cast an opportunity to have a joyful and fulfilling experience performing in a show that is, for many of them, one of the first of their career. The protocols around social distancing (you try to make a cancan work for 8 people on a small stage all 6 feet apart!) and the uncertainty about audience numbers due to travel restrictions would fundamentally jeopardize our ability to provide that joy and fulfillment. As much as it is a disappointment to put the show on hold, I applaud the Board and its members for making this tough decision and I look forward to returning next summer and bringing the joy back with audiences and cast members alike.”