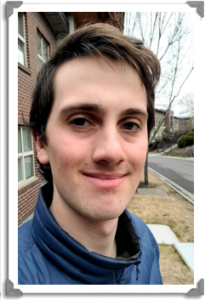 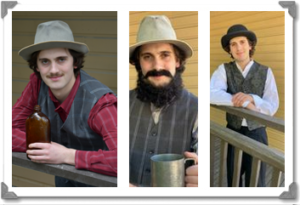 Twenty-three year old Marco Santano of Rossland is thrilled to be back for his fourth season in the Follies. An avid skier, his most memorable role was playing Olaus Jeldness in 2018’s Skis and Skates.  Marco is currently a student of Visual Arts, specializing in photography at the University of British Columbia Okanogan Campus. He hopes to put his studies in photography and creative writing to use this summer and in the future creating not only the posters and a script for Naughty Knickers Night, but a future Follies show too. Other notable roles include Oliver Bordeaux/Bear in The Red Mountain, Crookshankov in Love and Business, Tony in West Side Story, Plato in Rebel Without a Cause, Doody in Grease as well as many small roles with the Rossland Light Opera Players including a characterized version of himself in Finding a Wife for Gino.