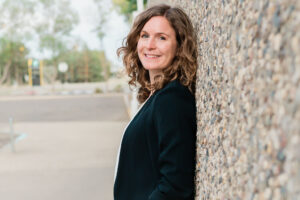 GFF 2002, 2003, 2004
(submitted 2022)
Katrina Ackerman was a member of the Gold Fever Follies from 2002 to 2004 as a high school
student. Katrina was hired as the understudy her first summer and received the opportunity to fill a
lead role with short notice and experience the thrill of taking centre stage. Over the next two years,
Katrina received full-time roles with the Follies and was cast as Sandy in the Rossland Light Opera
Player’s production of Grease in 2004.
Following graduation, Katrina moved to Vancouver Island to complete a Bachelor of Arts degree, and
then pursued graduate studies in New Brunswick and Ontario, and a postdoctoral fellowship in
Saskatchewan. Her experience with the Follies provided her with the confidence to speak in front of
large groups of people, which proved particularly beneficial once she began presenting her research
at academic conferences and teaching university students in 2014.
After settling in Regina in 2016 and then juggling her current roles as a full-time employee of the
Saskatchewan Public Service and an adjunct professor at the University of Regina, she began taking
the stage again and participating in the musical theatre community. Katrina looks forward to investing
more time into this long-lost passion and contributing to arts and culture in Regina.