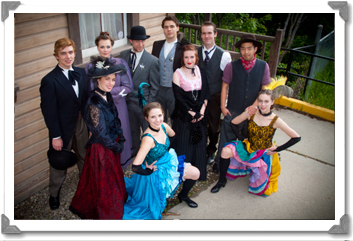 Big John Kirkup’s name is known for miles outside of Rossland as one of the toughest men to wear a police badge. His unorthodox ways of keeping the camp safe garnished him respect from the people and the province – it was arguably the most peaceful place in BC. But when Robert Scott becomes the first mayor of Rossland, under what he jokes as a fixed election, he immediately clashes with Kirkup, disagreeing with his policies and the way he handles business. Scott fires him and hires Winnipeg’s first police chief to take over Kirkup’s duties: John Ingram. Ingram was known as “Big Bad John” before coming to Rossland, and the town’s crime begins to skyrocket under his control. Can Kirkup continue to keep the peace without having a badge or will Ingram forever sully the good name of Rossland, the name which Kirkup help build?