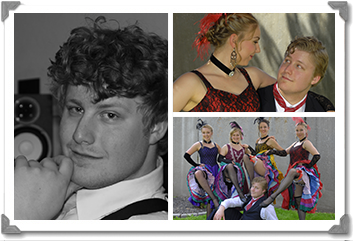 Always having a little sparkle of interest in theatre, Ty Wright started performing in high school with local pantomimes and small productions in Trail and Rossland. He eventually worked his way into musical theatre, learning to write his own music, sing, and play several instruments on the way. Since 2009 he has taken part in various Rossland Light Opera shows, including Anne of Green Gables and The Show Must Go On, as well as several shows in Nelson, taking one of the leading roles in the 2014 Christmas Pantomime, and the role of Amos (Mr. Cellophane) Hart in Black Productions Chicago. Now, after a year of odd shows here and there, he is ready for round 3 of the Gold Fever Follies!