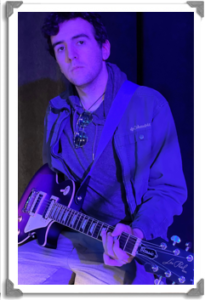 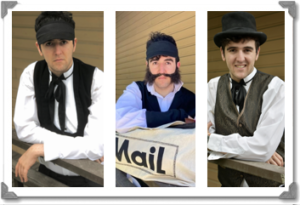 Dune Macdonald grew up in Nelson, BC surrounded by the mountains and a musical family.

From a young age, Dune was passionate about theatre and music, and spent his formative years acting in a variety of stage productions and singing as a member of the Corazón Youth Choir and Lalin Vocal Ensemble. Throughout that time, he found himself drawn consistently to music theatre and has held lead roles in James and the Giant Peach, Chitty Chitty Bang Bang, Joseph and the Amazing Technicolor Dreamcoat, and most recently was cast as Quasimodo in the Capitol Theatre’s production of The Hunchback of Notre Dame and as the Beast in LVR’s production of Beauty and the Beast.

Dune’s tandem passion is guitar which he has been playing since he was 12. For the past 2 years, he has been studying at Selkirk College in the Contemporary Music and Technology Program where he has been honing his skills as a solo and collaborative performer and deepening his knowledge of and appreciation for music theory.

Dune is thrilled to be with the Rossland Gold Fever Follies this summer and is excited to share the experience with the amazing director.