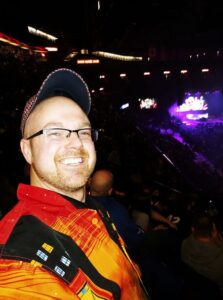 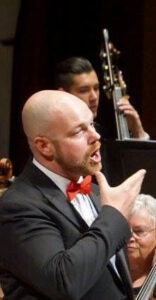 When I joined the Equity in 2013, I had to create a unique stage name, so I change my surname to Bruce.

I greatly enjoyed my time with the Rossland Gold Fever Follies, and grew so much both personally and as an artist.

My time spent diving into the world of some of Rossland’s most renowned historical figures allowed me to further my studies and hone my skills that I was learning in college. My Follies’ experience was rich in helping me to develop life-long friends while learning how to collaborate with my team of fellow-emerging artists to bring the visionary tale of the Follies’ creative team to life. The Follies experience helped me develop many organizational, interpersonal, and life-management skills offstage, and harness the willpower and discipline to perform over a long run of shows onstage. I am grateful to the generosity of the Follies’ community, specifically the board of directors, volunteers, host families, and the artistic guidance of both Ray Furlotte and Lisa Henderson. I am hopeful the Follies can continue to flourish and contribute to the artist development of many more young artists to follow.”